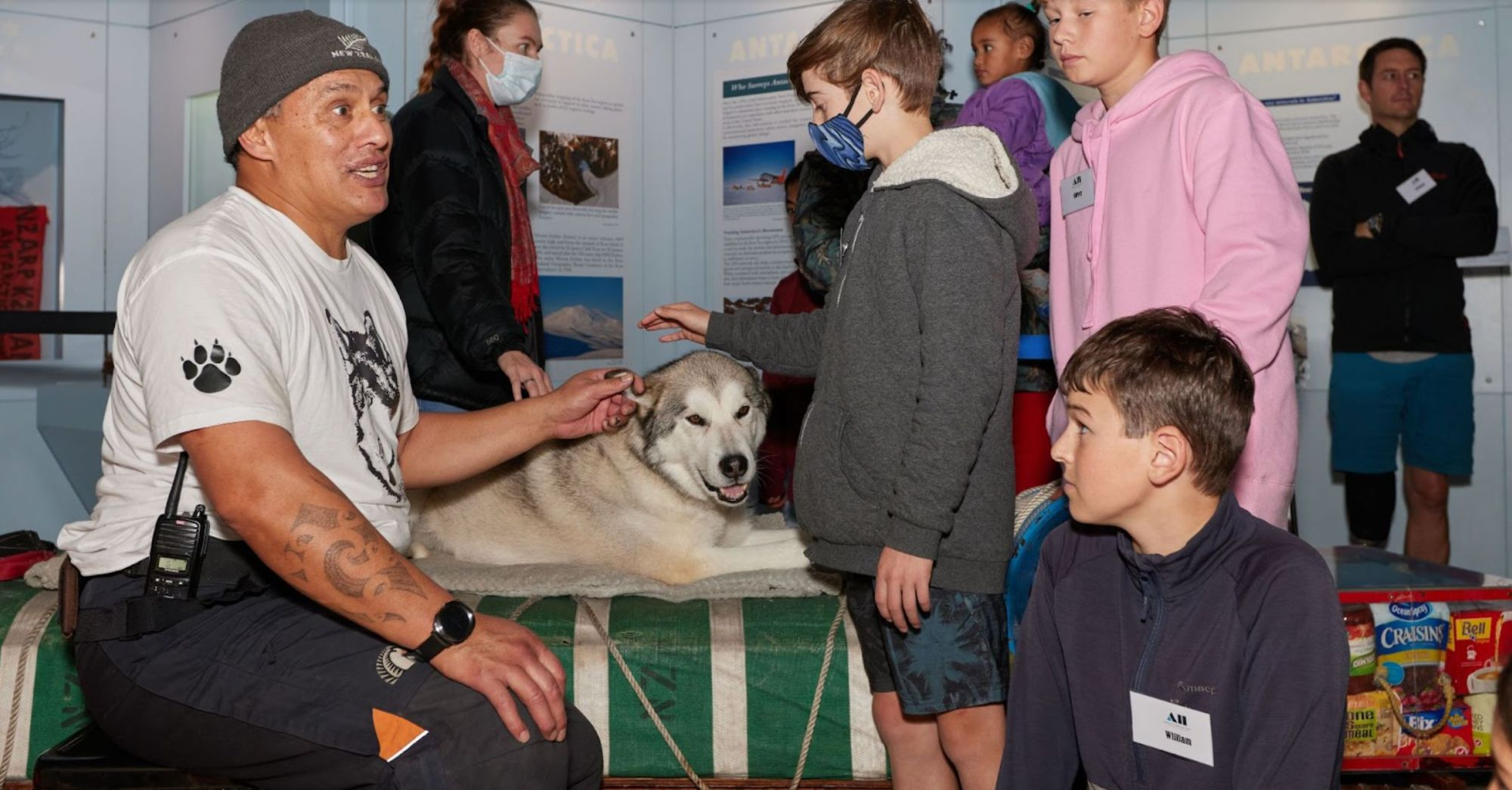 Year 7 student William Newlands was fortunate to be chosen to attend the Young Inspiring Explorers Summit in Christchurch last month. The summit saw 20 Year 7-9 students from across the country spend the weekend with the Antarctic Heritage Trust and Kiwi explorer William Pike.

Throughout the weekend, students challenged themselves and took part in Antarctic learning experiences including:

Here are Williams's thoughts on the weekend and his experiences:

The Young Inspiring Explorers Summit was a weekend away in Christchurch with 18 other students from around New Zealand where we learnt about Antarctica and what it’s like to be an explorer.

During the weekend we did many activities including Ride in a Hagglund, watching a 4D movie, meeting Husky dogs and Penguins, going into a blizzard room, visiting the Canterbury Museum and trying on clothes that Ernest Shackelton wore in 1914.

My favourite things were either watching a 4D movie or riding in a Hagglund. The 4D movie was super cool because it was a 3D movie but the seats move and the seat in front of you spits out water. One of the parts in the movie was snowing and you were on a boat. When the boat tipped forward, the seat tipped forward and when seawater came onto the boat, the seat in front of you had a water dispenser and it squirted water in your face. Because it was snowing they had a bubble machine and bubbles float down on top of you. The Hagglund was fun because we went up really steep hills and drove at steep angles. Hagglunds are used in Antarctica for the transportation of people across the ice. They can travel over crevasses up to 2 metres wide.