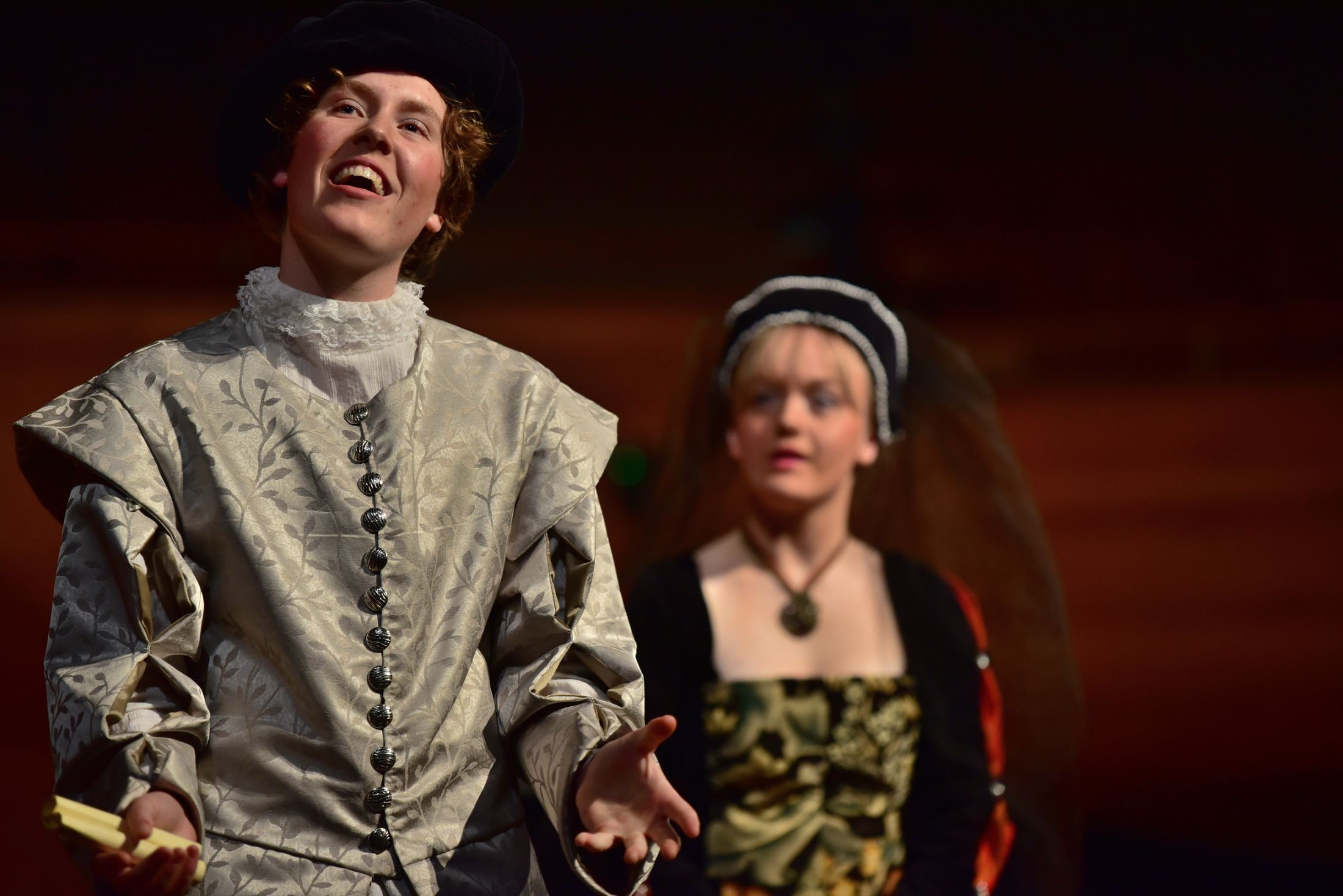 Head students, Louie and Lily were selected to take part in the National Schools Shakespeare Performance for 2022 in Dunedin during the school holidays. They joined students from all over New Zealand in a week-long intensive course, studying aspects of Shakespeare’s works and three of his plays in particular under the direction of leading directors.

On October 1st we headed down to Dunedin to participate in the SGCNZ National Shakespeare Schools Production. For nine days we got to delve into the world and works of William Shakespeare through intense workshops and long lasting rehearsals. Throughout our time we managed to explore Dunedin as well, touring through Larnach Castle and different theatres such as the Globe, London (Street).

Performance nights rolled around quickly, and on Friday and Saturday we put our hard work out into the world. We performed 40 minute excerpts from three of Shakespeare’s plays. Lily starred as  Desdemona in Othello directed by Terry MacTavish, and Louie starred as King Henry IV in King Henry IV Part 2 directed by Jonathan Price.

The performances were received well by the public, with Othello being described as “a believably dramatic and well-acted performance. The strong cast of 15 should be proud of themselves for conveying such emotion and humour in a matter of 40 minutes.” “And the three Desdemona's (Daisy De La Haye, Lily Brophy, Kelea Wendleborn) movingly expressed their anguish, in what amounted to a triple tragedy.” Henry the IV was reviewed as being “As a great way to start off NSSP 2022, The histories are not easy to pull off but the cast delivered a strong opener that relished in the poetry and humour.” “The tragedy of a dying king fair took my breath away. Louie Skinner mustered all their experience to become King Henry IV, bent and nearly broken, but still retaining a monarch's dignity, making an emerald green dressing gown look like a royal robe, and a high-backed wooden chair like a throne. All their lines were enunciated with clarity and understanding, and at the right speed, The anger at Hal mistakenly "stealing" the crown, thinking ‘he’ was dead, was particularly poignant.”